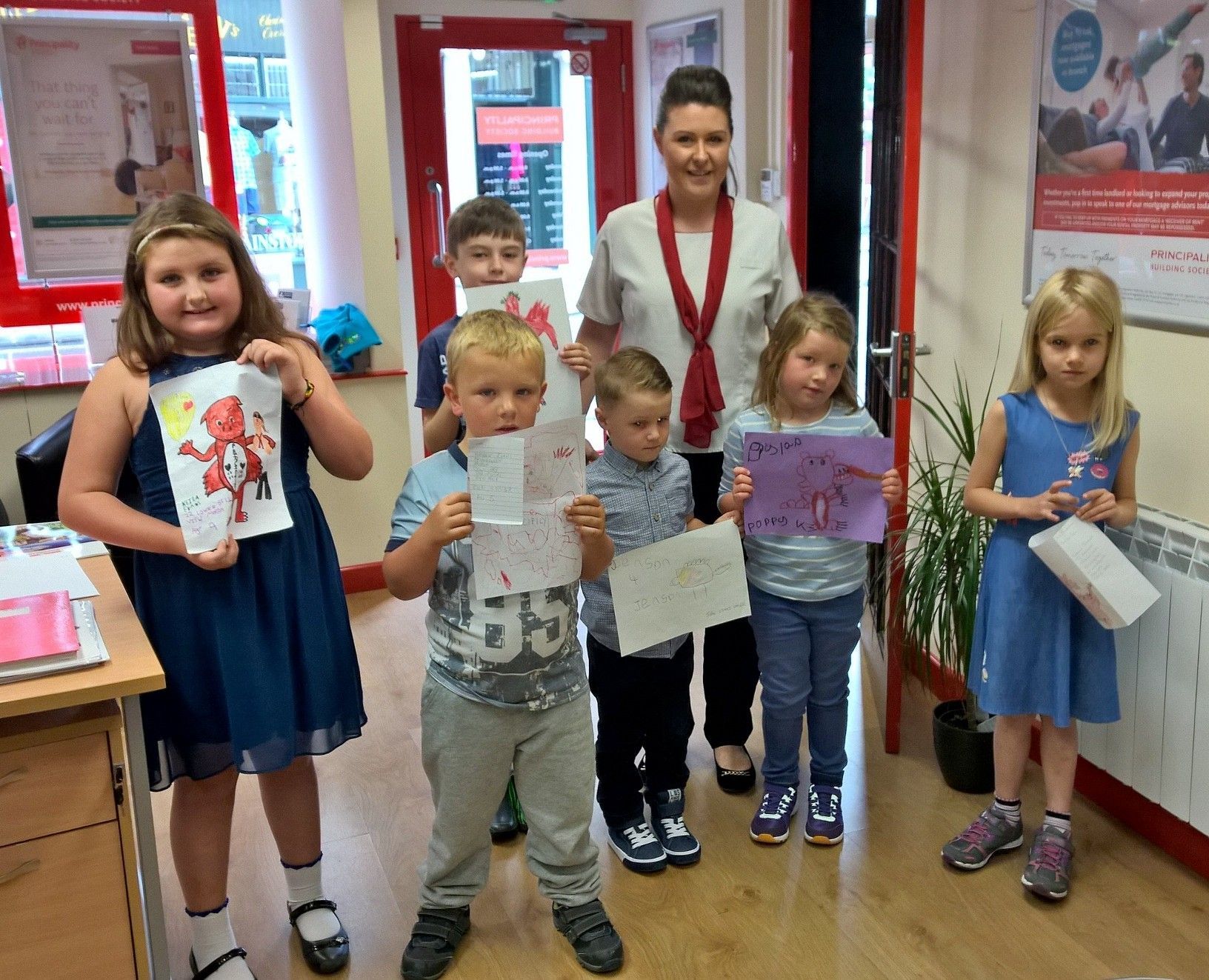 The young winners of a drawing competition in last month’s Oswestry Advertizer have been announced.

The competition, organised by Principality Oswestry Agency (based within the Woodhead Oswestry Sales and Lettings building) was aimed at children aged up to 12 years old and invited them to draw a picture of Dylan the Dragon – the building society’s fiery mascot.

The competition was held as part of a celebration for Principality Oswestry Agency having been established in the town for three years.  More than 100 entries were submitted for the competition.

The first prize winner was Kiera Evans from Morda for her picture of Dylan with Agency manager Kim Clowes. Kiera won a family day pass to Park Hall Farm, £50 for her account and her design is to feature on the front of Principality Oswestry Agency’s Christmas cards this year.

Agency owner Kate Howell said: “we were overwhelmed by the number of entries we received and the standard was very high.  I’d like to thank everyone who entered and look forward to seeing this year’s winning design on our Christmas cards.”